End of Land Cruiser 70 hinted, and that's not the worst of it 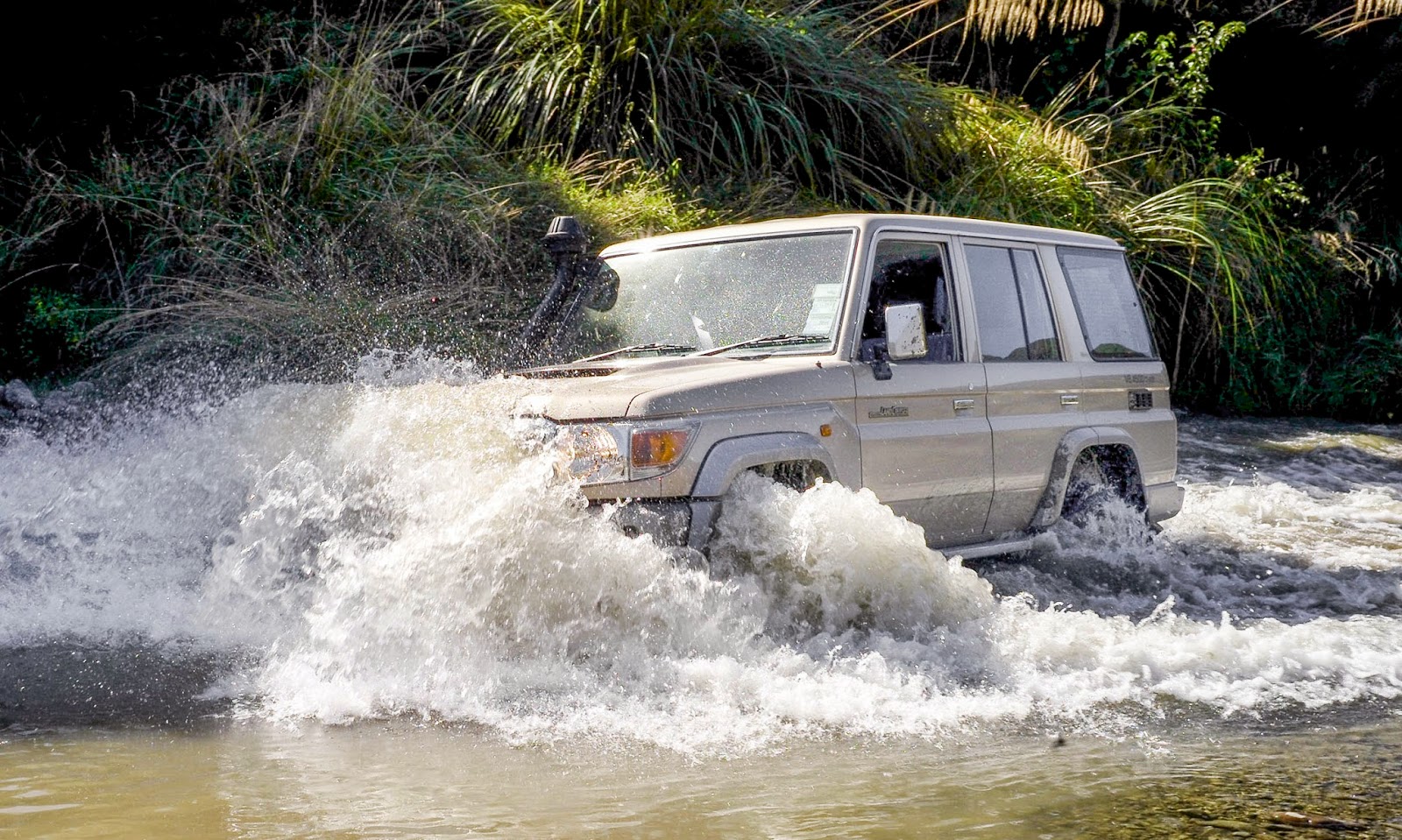 Overseas reports suggest that Toyota is seriously considering the future of its Land Cruiser 70 Series or, more precisely, whether it has a future. When fitted with the factory cross-axle diff locks, a 70, wagon or ute, is one serious off-road vehicle. Toyota in New Zealand refuses to comment on coming models or changes, unless it's to their advantage to do so; the last 4wdNewz heard from the horse's mouth was that both TNZ and its Australian counterpart were actively pushing head office to produce a version with stability control, something you'd think would be well within Toyota's engineering expertise. But given that the 70's main customers seem to be warring factions in the Middle East – at least, that's how it looks from the TV reports – maybe there's not the market volume to bother. Stability control may not be much of a priority for vehicles andvancing on some township in Iraq or the Yemen.

It would be a shame to lose the 70 in New Zealand, and a mini disaster over in Australia. Fortunately, other overseas reports say Toyota is also actively looking at fast-tracking a new 70 Series that would boast a five-star NCAP safety rating. The suggestion is that it would arrive in 2017 at the earliest and retain a rugged chassis but with a revised body and better crash structure. This could put the 70 in the same position as another workhorse and 4WD enthusiasts' favourite, the Land Rover Defender: having a gap between the outgoing model and the new one, at least in the Australasian market.


However, while as new 70 would likely still hold strong appeal to "serious" 4WD users, the same may not be true of the next Defender, which looks almost certain to be more of a lifestyle vehicle with the underpinnings of a Discovery. While "utility" versions will probably be offered, it's unlikely they'll be little more than tokens.

All of this is, of course, part of the ongoing dumbing down of the low-range 4WD to suit the needs of the substantial lifestyle marketplace that likes the idea of a "macho" vehicle, without the bother of having to actually use it off the road (think new Patrol, for example).
at 1:00 PM