Gen-5 Triton gets serious about overall low gearing, at least on the manual 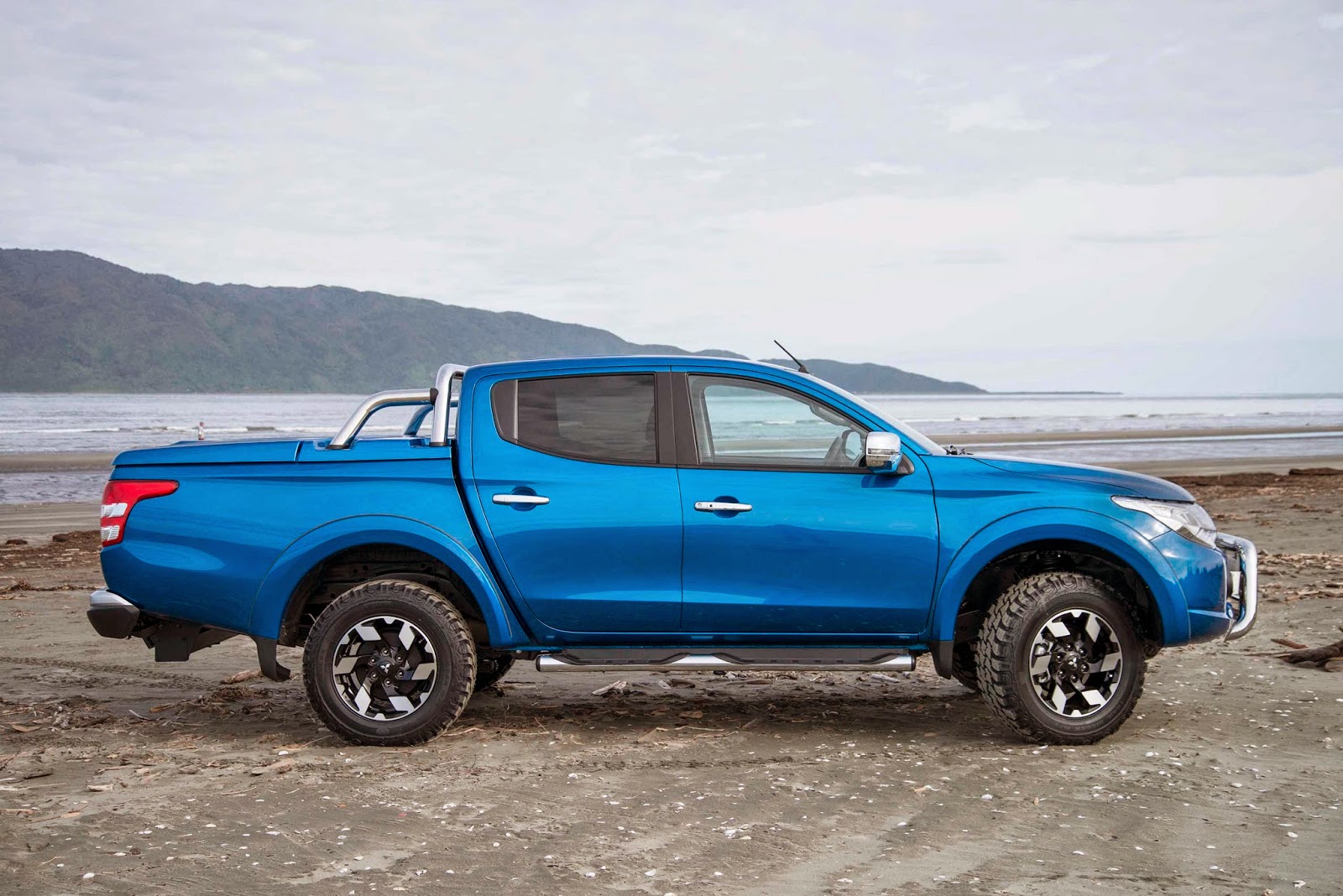 The new fifth generation Mitsubishi Triton won't be in showrooms until April 1, but 4wdNewz has already found its hero feature, deep in the specifications. 4WD manual models have a killer overall low ratio of nearly 59:1 – a figure that means, combined with the braking effect of its diesel engine, it's really going to crawl down steep hills. The ratio's about 25 per cent better than the outgoing model. Sadly, Super-Select automatic versions don't fare nearly as well, barely cracking 29:1. Putting these figures into context, anything of around 45:1 or better is considered pretty good. The manual double cabs also have an electrically-activated rear cross axle differential lock.

Some other off-road stats aren't quite as encouraging as the overall low and the locker. Approach and departure angles are just 30 and 22 degrees respectively, for the double cab, and Mitsubishi quotes ground clearance as a paltry 205mm, but no doubt the aftermarket is already putting finishing touches to lift kits. Turning circle is a reasonably tight 11.8m

But way more important than its low gearing for many buyers will be Mitsubishi's decision to price its new range the same as the outgoing models, of which 1599 were sold last year. That could well give it extra traction in a crowded field as Toyota, Ford, Mazda and Nissan all have new or facelifted models coming this year. 4WD prices start at $44,190 for the GLX single cab-chassis with manual and round out at $59,490 for the GLS double cab auto (the same vehicle is $2000 less in manual).

This is the first full redesign of the ute for nine years, Mitsubishi says. The range for the NZ market comprises three 2WD and seven 4WD models and is said to offer major improvements in interior space, comfort, safety (airbags are fitted all over the place), noise, vibration, and harshness. Tray capacity is larger, but not by much.

A 2442cc turbodiesel generates 135kW at 3500rpm and 437Nm of torque at a relatively high 2500rpm, mated to either a six speed manual or five speed automatic. (Switching gear ranges is now done by a dial near the gear selector.) Neither figure is class leading, but will be more than enough to do the job. 4wdNewz believes that some manufacturers' power and torque ratings are there for marketing purposes, rather than need. Overall fuel economy is in the 7.2 litres per 100km range, depending on the model, drinking from a 75 litre tank. There is no petrol engine option for the New Zealand market.

It's one of the lighter utes, kerbing at 1940kg for the GLS double cab manual. The nearest equivalent Ford Ranger is 2112kg. Triton's payload is 960kg while the Ranger offers 118kg more. However, Mitsubishi says the maximum tow weight with the ute fully laden is 2985kg, beating Ranger's 2800kg by 185kg.

The ute's lines are still unmistakeably Triton's, but a subtle restyling has been spectacularly successful, as the top two photos show.
at 10:01 AM