NZ Isuzu MU-X owners get their own team to cheer 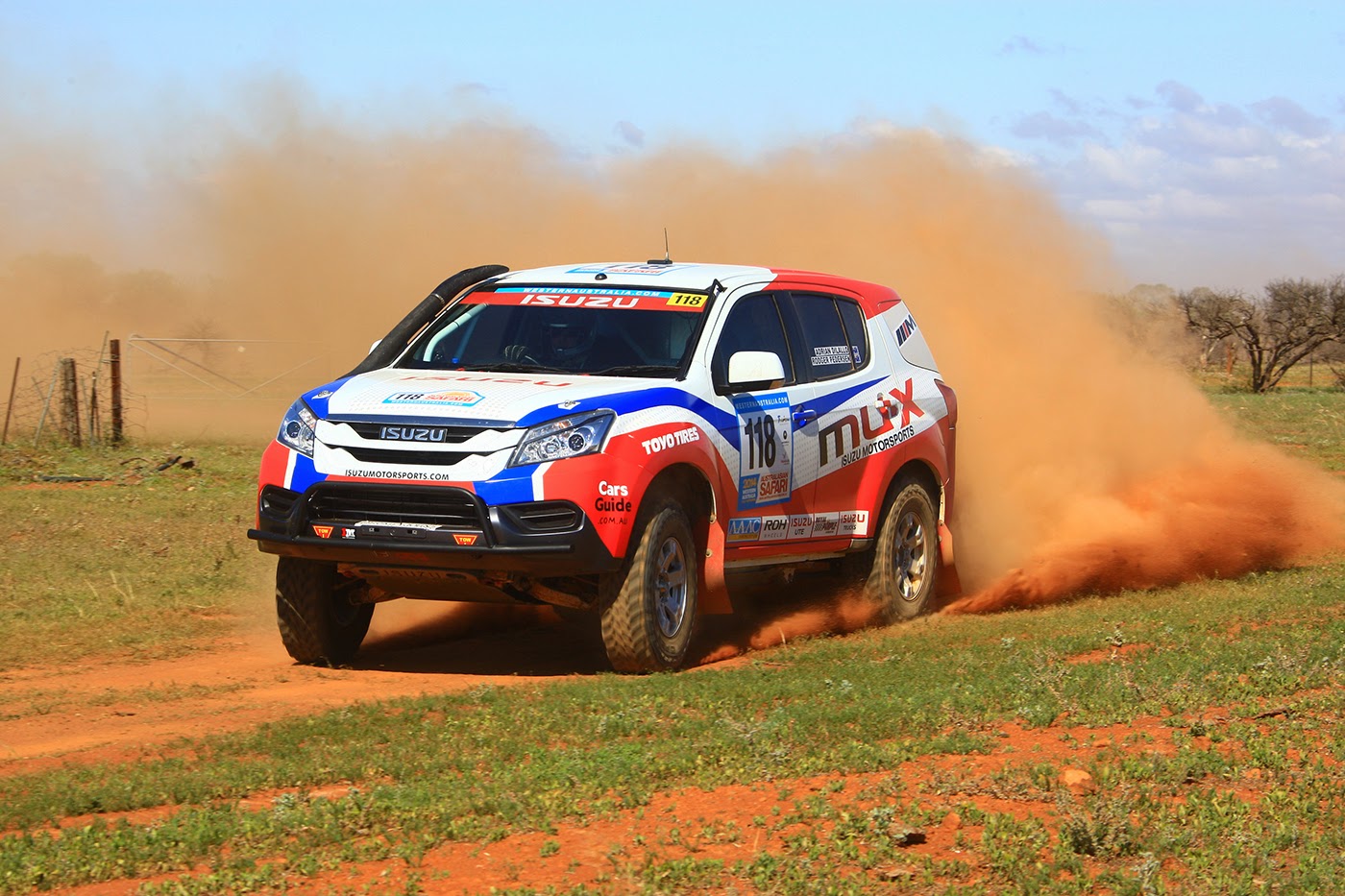 Isuzu has confirmed a version of the MU-X wagon as a starter in the 2015 Dakar Rally. The wagon has a relatively small but apparently happy customer base in New Zealand. Prepared by Isuzu Motorsports, the MU-X will compete in the International T2 class for slightly modified production-based vehicles. Built from a standard 4x4 LS-M, the wagon retains its 3.0 litre turbodiesel, modified to produce almost 180kW and 600Nm of torque, up from 130kW and 380Nm.

After successful testing in the Finke Desert Race and Australasian Safari, the Isuzu will now have to survive 8500km through Argentina, Chile and Bolivia. Adrian Di Lallo will pilot the MU-X, with Harry Suzuki in the navigator’s seat. Di Lallo was drafted into the team for this year’s Australasian Safari where he scored fifth outright and first in class. Di Lallo finished the 2013 Dakar in 38th place outright, behind the wheel of an Isuzu Motorsports prepared D-Max.
at 4:19 PM