Land Rover Defender SVX: well, it's good for driving around on a sunny day 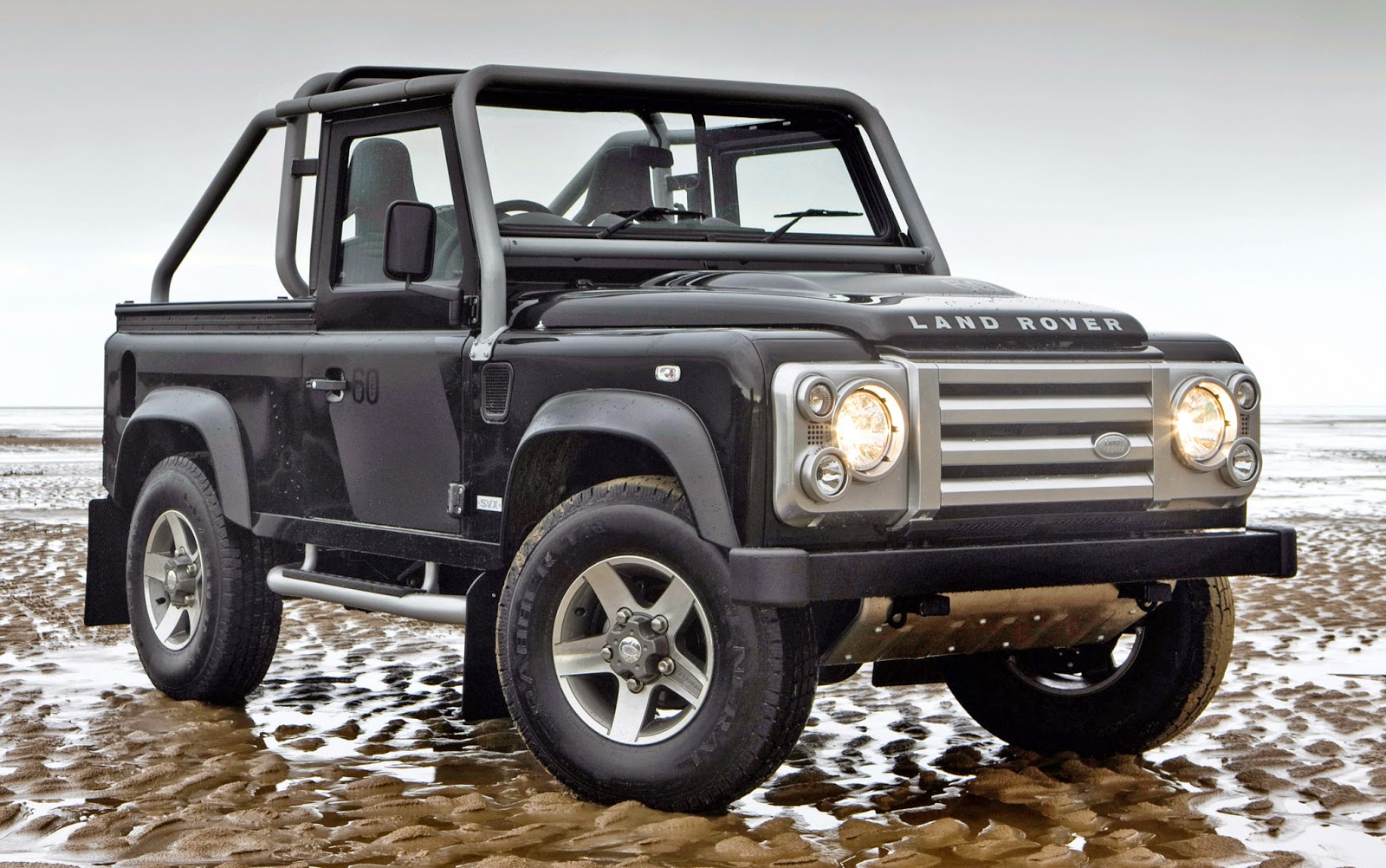 An interesting item on TradeMe as this is written is a Land Rover Defender 60th anniversary SVX two door Soft Top. The dealer selling this import wants nearly $70,000, which 4wdNewz recalls was about the price when they were sold here new. This example has about 33,000km on it and, no, it's not the one in the photos, which are Land Rover publicity shots. Only a handful of SVX Soft Tops were sold new in New Zealand and this is the first one we've seen on the used market. Good luck to the seller. Unlike the wonderful 50th anniversary Defenders (see below) the 60th was an impractical mishmash with a hard-to-remove canvas top that leaked and would rarely stop flapping when the SVX was moving. Most of the usable interior space was taken away by moving the spare wheel inside and fitting a silly storage box arrangement. However, the Recaro front seats were nice. SVXs were also produced as a hard top, on the 90 and 110 wheelbases.

If a "special" Defender is your thing, the 50th anniversary model of 1998 is where to look. It's basically a North American Specification (NAS) 90 Station Wagon with the 140kW V8 and an automatic transmission. They have a Safety Devices roll cage for the front seat occupants, air conditioning and various other extras. Wikipedia says 1071 50ths were built; 385 for the UK home market, the rest for Japan, Europe and Middle East. Many of the New Zealand examples came to us via Japan. They appear for sale now and then, sometimes at good prices from sellers who aren't trying to be greedy.