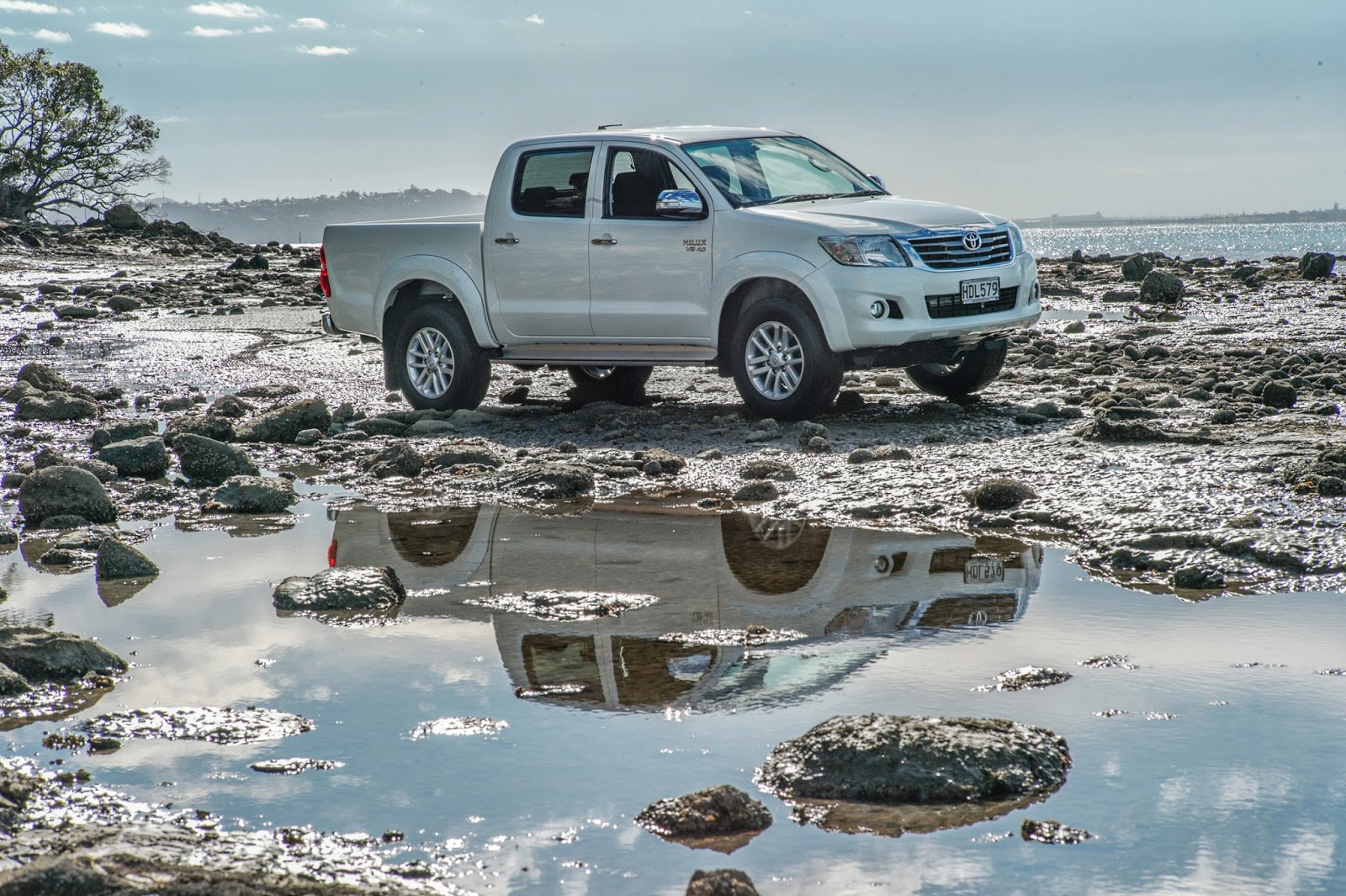 A V6 petrol engine in a Japanese 4WD ute is nothing new; what's surprising is to see it making a comeback in a segment that's dominated by diesel. Toyota's decision to offer four litres of pumpin' petrol power in the final facelift of this particular Hilux model (expect something new next year) might be puzzling were in not for two things. One is that Toyota needs to sell every Hilux it can to retain sales supremacy over the more modern Ford Ranger and adding a petrol V6 is bound to snare sales. The other is that, despite naysayers, the relatively recent V6 version of the current Prado has done quite well; but is that because customers have been gagging for a powerful petrol engine, or because it's the only alternative to a fairly lacklustre diesel that had been the only option?


The Hilux's 4.0 litre V6 produces 175kW, the highest output of any 4WD ute in the New Zealand market Toyota is quick to claim, and offers 376Nm of torque at 3800rpm. It's available only in the top SR5 double-cab specification at $65,290. Paired with a five-speed automatic, its fuel consumption is rated at 13 litres per 100km overall, a figure than was beyond 4wdNewz's ability to match, despite driving conservatively. In a tacit acknowledgement of the engine's thirst, Toyota says owners have the advantage of lower registration fees and lower servicing costs. Toyota is by no means alone in having a relatively thirsty V6, but it's interesting to note that the new Nissan Pathfinder's 190kW/325Nm 3.5 litre V6, mated to a CVT transmission, manages a decent 10.2 litres per 100km overall, a figure 4wdNewz was able to better by a good margin. Related to fuel consumption is vehicle range. You'll be pushing to get 500km from the 76 litre tank with the V6, whereas the diesel engine will get at least 700km from the same tank. 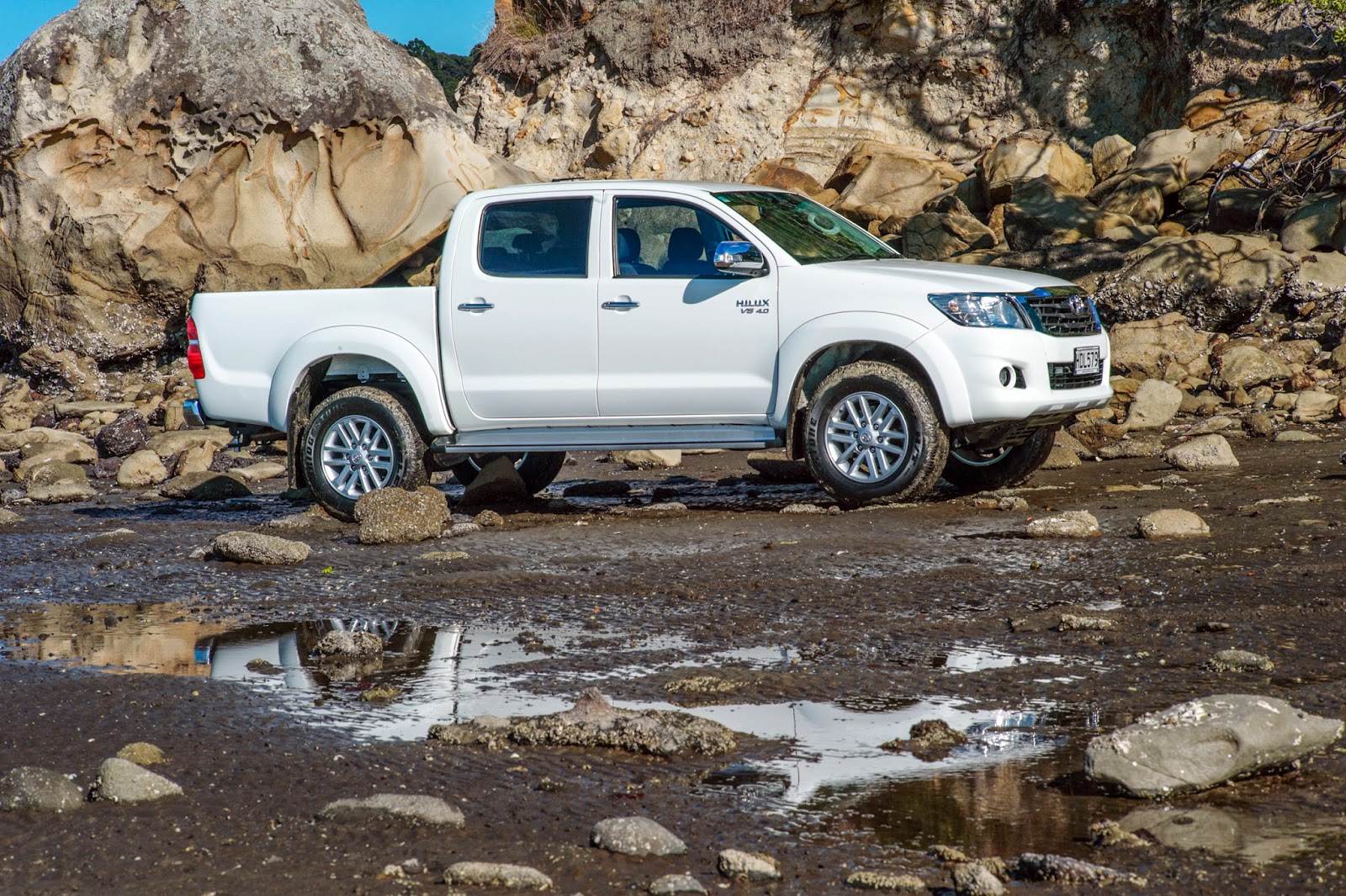 Despite the huge improvement in diesel engines' NVH characteristics, most still fail to match the smooth and quiet luxury of a good petrol engine, one main reason why there are still buyers for Toyota's V6 offerings. This version of the Hilux is utility business-class travel at its best, augmented by the excellent fittings and comport of the SR5 cabin. But take care, on the road it's easy to be lulled into significantly illegal speeds without realising it. If you're thinking of crossing the Canterbury Plains in one, better do it on cruise control. 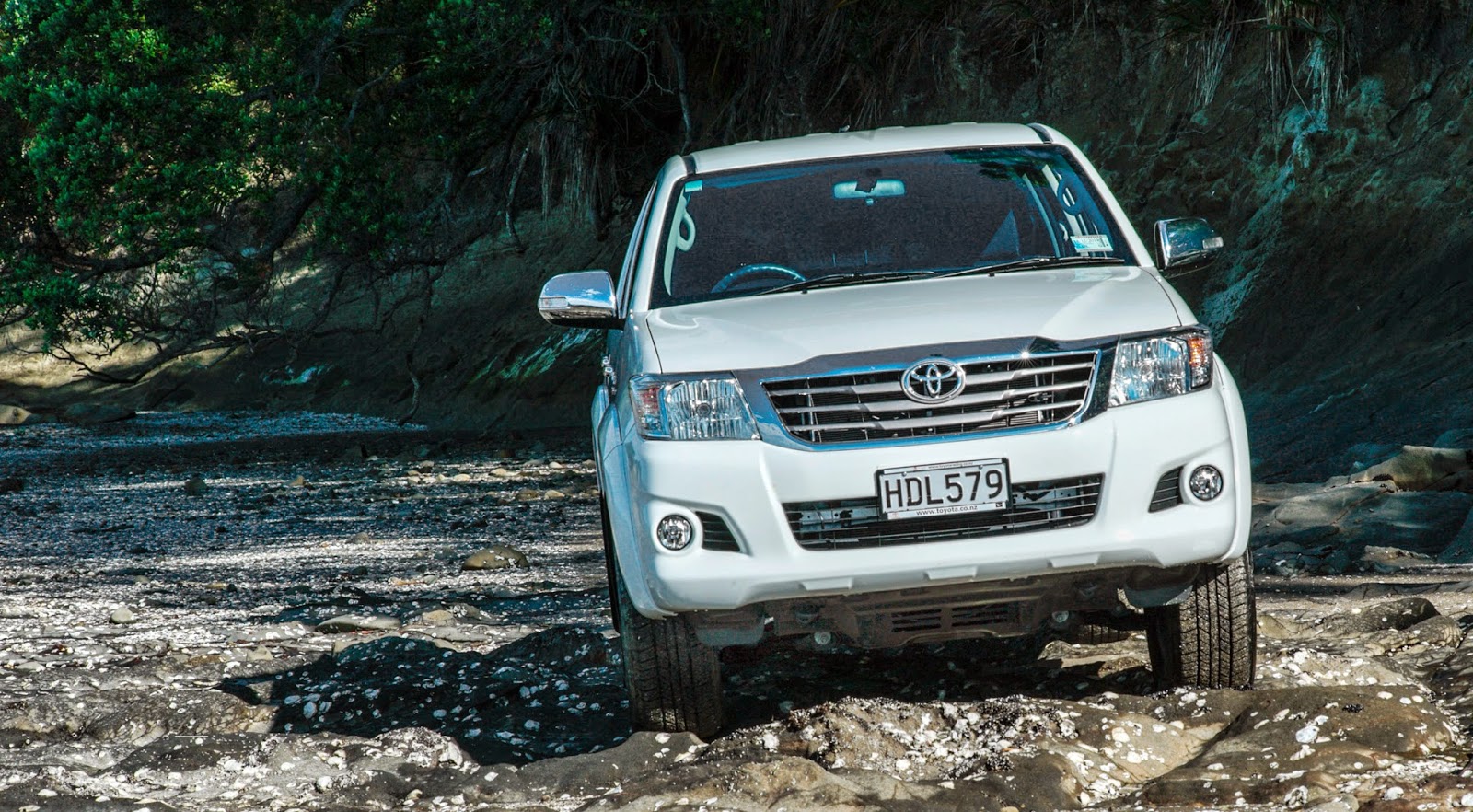 Off-road, the V6-auto combo performs well. Overall low gearing of 32.36:1 is not far from the diesel manual's 39.65:1, but lack of diesel engine-braking characteristics makes the V6 version a truck to watch on steep downhills. And if river work figures prominently, it might be best to stick with diesel.
at 4:31 PM