The good, the bad and the thirsty 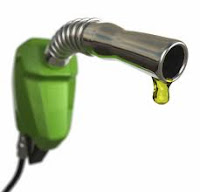 Following the item below about the added cost of getting to off-roading destinations due to rising fuel costs, here’s a list of overall litres per 100km consumption of just about all the “real” 4WDs – ones with low-range gearing as standard – on the market. The main thing the list tells me is how far manufacturers have come in curbing the thirst of the big petrol engines. It’s remarkable that the “worst” performer, the AMG Mercedes G Class petrol V8, is able to creep in at just under 16 litres per 100km!
It’s not surprising that the manual Jimny has the lowest consumption, but it has no reason to be proud of the title. The Suzuki's small and light but can only manage a few decimal points advantage over its top two rivals. Jimny’s main problem is that its gearing is too low.
Note that all these figures have been obtained in standardised laboratory testing and while it is supposedly possible to achieve or even better these figures, few drivers do. As a random example, I only managed to get into the high 12s, not the theoretical 10.3, when I had the Land Cruiser 200 and drove it in town, country and on highways.
Off-roading in general and low-range work in particular really affects fuel economy. My petrol Jeep Wrangler, for example, will slip into the low 20s during low-range driving, basically double its 11.8 average.

• To put these figures into perspective, the most economical cars on the local market are able to achieve overall consumption in the 3.9-4.5 l/100km range