You read it here first … 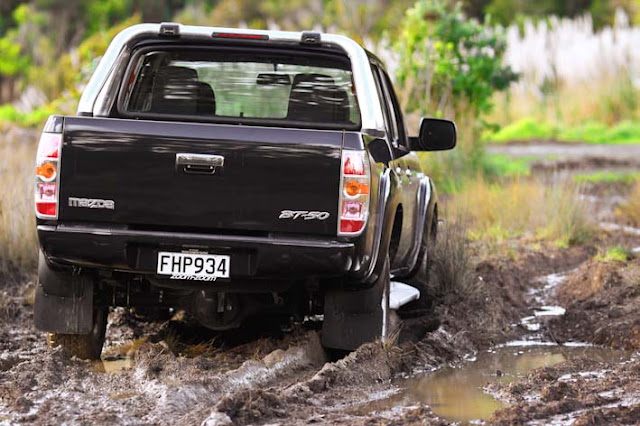 … unless you've been poking around the internet or talking to a Mazda* dealer in the know. I've been driving the current Mazda BT-50, in its last year before the appearance of a new model. But that's not the item. I have it on good authority that the newcomer will head the torque race that has been taking place among the Japanese ute manufacturers, beating the Nissan Navara ST-X's 450Nm by some 30Nm.

High point of the BT-50, as ever, is its lovely 2953cc intercooled turbo-diesel that produces 115kW at 3200rpm and 380Nm of torque at only 1800rpm. That 380Nm seemed perfectly fine to me, on- or off-road, and I sort-of wonder whether the promised extra torque isn't being dialled-up at the request of the marketing department, rather than customer demand.

A big fix in the substantially revised next model will, I understand, be significantly improved rear seat space and comfort, in which some of its rivals now do better. For more on the black BT-50, drive carefully to the shop and buy the October issue of Top Gear New Zealand.

* … or a Ford dealer, since the BT-50 and Ranger are quite, um, similar. Ford is unveiling the Ranger in an event preceding the Sydney Motor Show in October. 4wdNewz will be among the assembled horde. Update: Mazda announced on Oct 4 that the BT-50 will also debut at the Sydney show.
at 1:48 PM