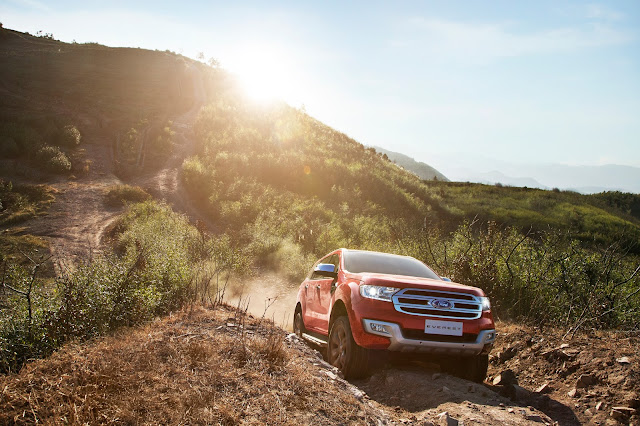 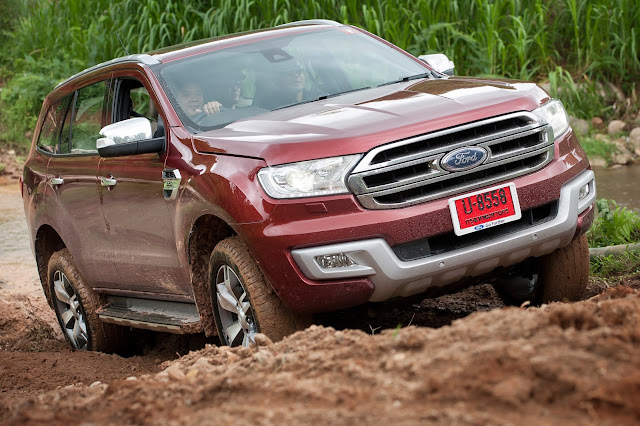 Ford's Everest is due to arrive next month and pricing starts at a not-inexpensive $75,990 for the Trend model and a nosebleed $87,990 for the Titanium. Based on the Ranger, both models use the ute's 3.2 litre Duratorq five cylinder turbodiesel with automatic.

Not so long ago, ute based wagons such as the Toyota 4Runner/Surf and the Mitsubishi Challenger were very much mid-range and of interest to off road enthusiasts. Ford, and some other manufacturers of the newest generation of these passenger-hauling utes-at-heart, seem hell-bent on moving them upmarket, loading gadgets and luxury equipment, then attaching high-end list prices. Out of the forest track and onto the school run.

The Everest, for example, is full of "connectivity and driver assistance technology", including SYNC2 that lets drivers use voice commands to control the entertainment system, climate controls and connected mobile devices. Also on board are Active Park Assist, Curve Control to help drivers maintain control when approaching turns too quickly, and Blind Spot Information System with Cross Traffic Alert. Other stuff: Roll Stability Control and an Electronic Stability Program that works with traction control, and Active Park Assist so drivers can parallel park hands-free.

Power is 143kW and torque, 470Nm from 1750rpm. The automatic incorporates driver recognition software that adapts to the driver's style. A Terrain Management System has four pre-set modes: Normal, Snow/Mud/Grass, Sand and Rock.

Ford is making much of the vehicle's toughness and off road credentials but approach and departure angles of 29.5 and 25 degrees along with fairly serious overhangs suggest that it will be better on gentle terrain. The company claims 225mm of ground clearance and an 800mm wading depth, which is one of the best. Turning circle is a reasonable 11.7m. 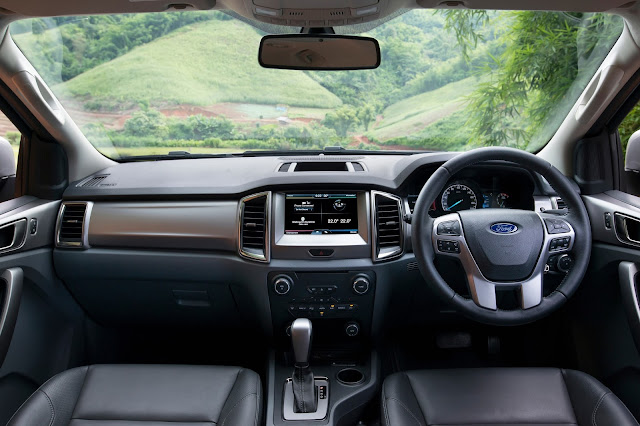