Three Defender 90s listed at once: is the world ending, or something? 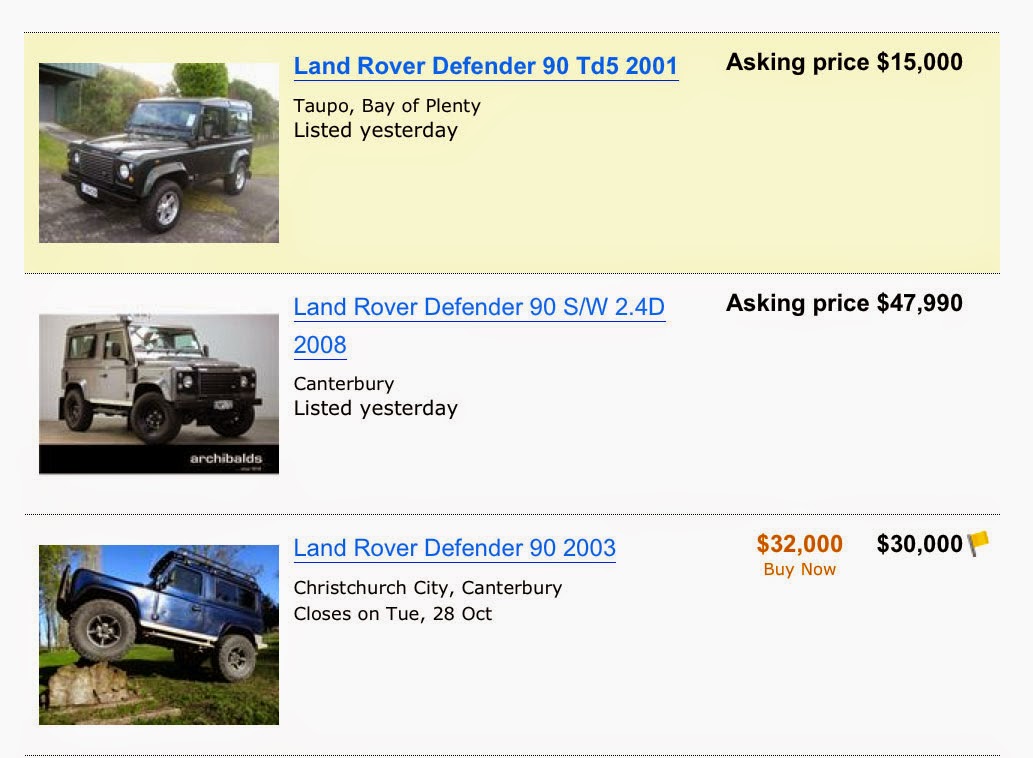 Here's something you rarely see, three Land Rover Defender 90s listed for sale on the same day on TradeMe. It's not uncommon for three 110s listed but 90s tend to be as scarce as the proverbial hen's teeth. We're not suggesting you rush out and buy one, just pointing out the notable event.

So well spotted, Anonymous; you're quite correct. What 4wdNewz was trying to get at, in a muddled sort of way, was that there were three new listings all on the same day, which is indeed unusual. We've rejigged the text to make that clear.
at 9:18 AM