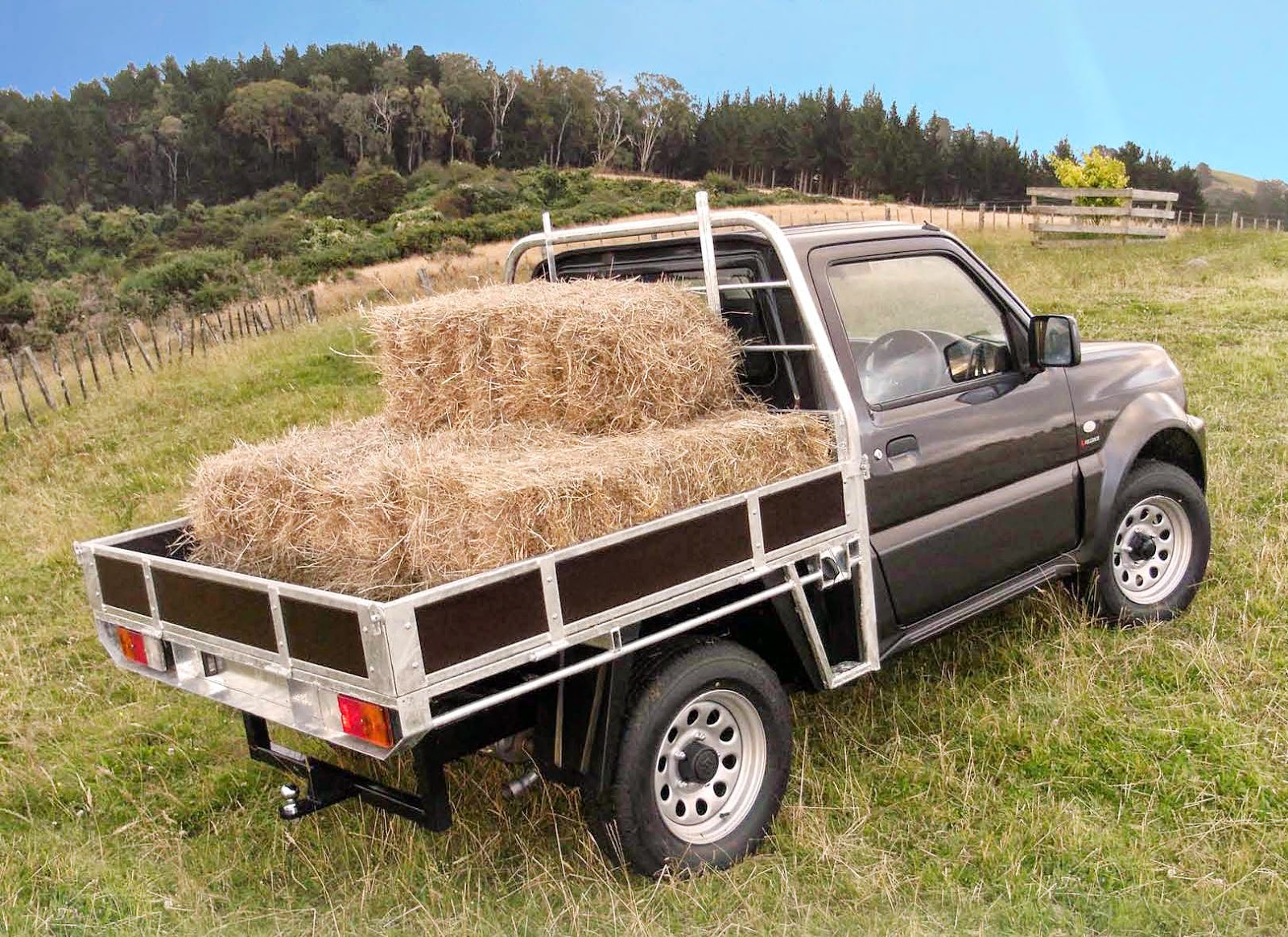 After gaining a following among farmers, Suzuki is now offering a street-registrable flatdeck version of its smallest 4WD. Based on the Jimny JX, the latest flatdeck is a local conversion to increase the appeal of the model to the rural sector.  Similar conversions have been sold by the Suzuki dealer network before but this model is said to be better-built and more versatile. Suzuki's farmer's friend started with the earlier SJ Samurai-based Farmworker pick-up that also could not be registered for the road. It was also available through some Suzuki dealers.

The new Flatdeck has an extended wheelbase that provides more load-carrying space. The deck measures 1550mm by 1550mm and has a carrying capacity of 300kg. The lengthened chassis also improves weight transfer, bringing more of the load weight in front of the rear wheels. Apart from a different driveshaft,  the Flatdeck is mechanically similar to the Jimny wagon. It costs $28,738, which possibly dulls its appeal as an enthusiast's club truck.

UPDATE: By mid October, the Flatdeck had vanished from Suzuki's model range and pricelist. Sales of just two in August, behind even the Mahindra Genio, might have had something to do with it. However, Suzuki says they're still available, in manual or automatic, if a customer places an order with a dealer.
at 9:40 AM