Could it be the lack of opportunities for off roading in the Auckland area, or could it have been that local enthusiasts just wanted to shake off the winter blues as June got set to transform into July? Whatever the reasons, a day out a relatively small private property behind Bethells Beach, on the West Coast, drew 26 vehicles from the Auckland 4WD Club and the Land Rover Owners Club Auckland. Twenty-six! But, surprisingly, we all fitted in quite well. The pictures below capture come of the activities on the sand and dunes. The day also included a run along some farm tracks, where the 4wdNewz Wrangler Rubicon was one of the vehicles not to do well, although it managed to get out of each situation under its own steam. Various previous postings have praised its asymmetric-tread Goodyear Wranger MT/Rs, but in the conditions of the day they were horrible, unable to provide grip even though they still possess lots of tread and were aired down to 17psi. 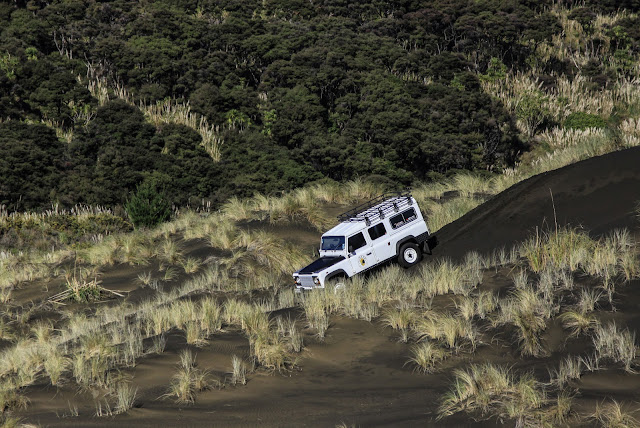