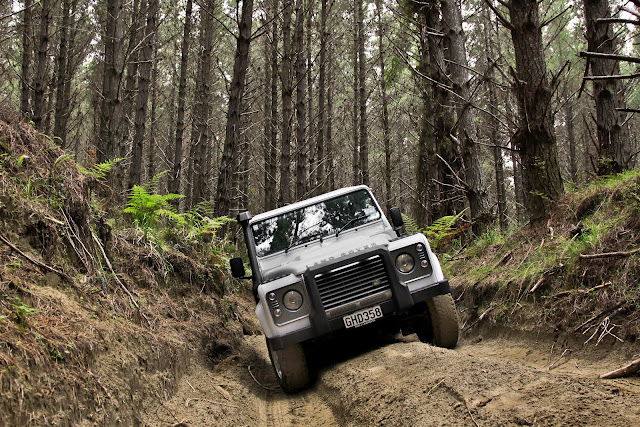 If you want a good physical workout, go spend a day in a forest with a new Defender 110. I've just done that and can tell you it's better than a gym, what with its slow, heavy steering, its ponderous turning circle (14.36m) and the workout the left arm gets, forever changing the Defender's six-speed manual gearbox. I used to do this all the time and thought nothing of it – although in a 90 so didn't have to confront the turning circle or the extra gear ratio – until an automatic, light-to-steer Wrangler Rubicon softened me up. Maybe the sweat was showing when, on a track at Jeep Woodhill 4WD Park near Auckland, I met a pair of Jeeps being driven by South Africans: "Sis, man, you should trrrade that Land Rover in," called one of them from the driver's window. Little did he know that in a decent challenge my piece of crap would staple, spindle and mutilate his piece of crap, an early Cherokee, in five minutes flat. So no, this isn't another anti Land Rover rant, just a few observations.

If you check this earlier report on the Defender you'll see I had some reservations about the major revisions that occurred in 2007. Five years on, it was good to have an opportunity to give the current model a good run to see if I'd changed my mind – even if it was a 110! I don't mean to be hard on the 110, it's by far the most popular variant here and has great capacity, makes a better tow vehicle than the 90 and rides better, but I prefer a shorter 4WD, like a 90 or two-door Wrangler, especially amongst trees. 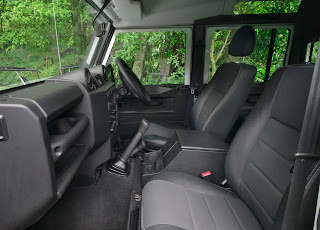 I still can't come to terms with the six-speed manual. On paper, Land Rover did the right thing making first really low for crawling and also easing the top ratio for cruising, so that at 100km/h the engine's only doing a wee bit over 2000rpm and getting brilliant fuel economy from a vehicle with the aerodynamics of a slightly sculptured brick. No problem there, but the first gear is a pain in the arse around town and, sadly, second is a wee bit tall to start from, most of the time. Off the road in low range, the first gear is too low to be of much use. I used to routinely start off in second-low in the five-speed 90 and you can usually choose second or third on the six-speed. Low second still lets you crawl nicely between trees and descend slippery slopes without starting to slide because the wheels are turning too slowly. 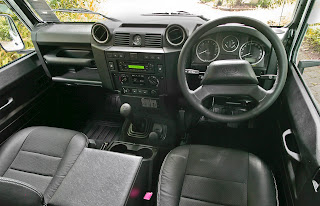 The new dashboard was a bit of a shock when it came out. What horrified me was the way it stuck out so much farther into the cabin, compared to the previous version; it seemed claustrophobic. But five years on, I don't mind it and I suspect the only people who may moan will be those coming straight out of an older model. One great feature is that there's a large tachometer in the instrument cluster, after decades of being told by Land Rover that we didn't need one. 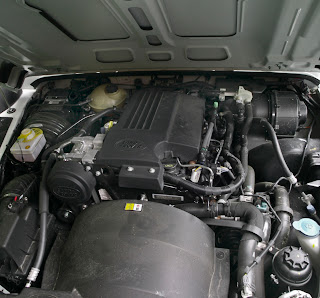 This was the first Defender I've driven with the 2.2 litre engine, derived from the 2.4 which came out of the Ford Transit. Output of 90kW and 360Nm at 2000rpm is as before; the changes were to make it meet new Euro emissions rules, and included pruning 200cc of capacity. I quite like this engine and – along with the 2.4 – it may turn out to be the best that's ever been in a Defender. Despite modest capacity and power of "only" 90kW it always did what was asked of it without complaint, suggesting once again that some of the current crop of high-output diesels are more to please the manufacturer's marketing department than for practical value.

I was fortunate to be one of the first to extensively try a Defender after traction control became available on it in NZ and was impressed, although it was no match for a Defender with cross-axle diff-locks. It's fairly obvious that these electronics have been tweaked in the ensuing years because the 110 was brilliant, able to easily clamber up and over track obstacles that would have stumped the early model, at least on its first attempt. This was probably the single most impressive aspect of the 2012 model, especially as I hadn't helped it by airing down the 235/85 x 16 tyres (see separate item below). 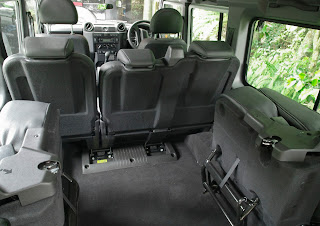 Almost as impressive was the fact that after 9000km the 110 was still almost entirely rattle free. My 90 had rattles and vibrations for Africa by 5000km. This was also the best fitted and finished Defender I've seen and the Fuji White paint job was exceptional. The current Defender's years are now numbered, so it's great to see it going out on a high.

But hold the phone: some Solihull people 4wdNewz has spoken to hint broadly that the "new" Defender, due 2015, will be sold alongside the "old" Defender, at least in some versions, for several years. Update: Here's an interesting article on the next Defender posted on Autospy.co.nz. 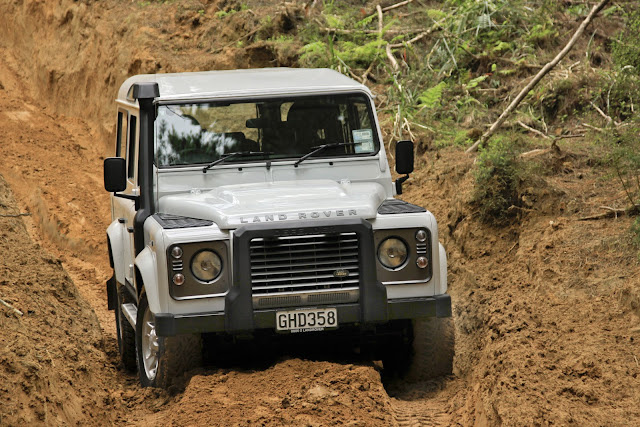