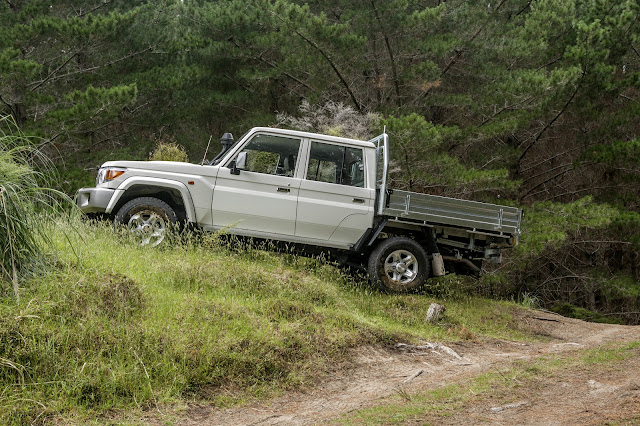 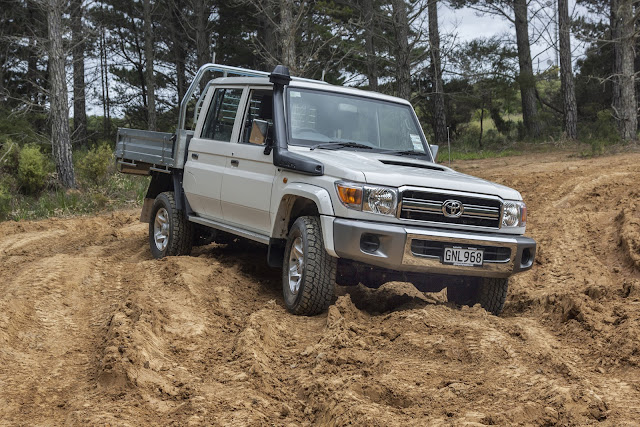 As 4wdNewz has reported, demand for a double cab version of the Land Cruiser 70 was so high on both sides of the Tasman that custom builders were chopping down LX wagon versions. Finally, the factory decided to make them and the result is not one but two versions in your local showroom for $73,390 or $79,590. The more expensive one has things like alloy rims and, gulp, carpet. 4wdNewz has been driving one of these LX versions, fitted with a Toyota accessories alloy tray that adds about $3000 to the price. Toyota NZ was going to source one locally, but ended up with an Australian-made product. The galvanised tray has a tough 3mm chequerplate floor, is 1840mm wide, 1800mm long and adds 246kg to the 2230kg curb weight. Legally, you’ll be able to load just under a tonne of cargo without running afoul of the 3300kg gross rating. 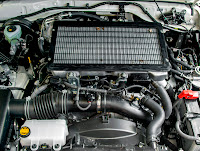 It's always great to be behind the wheel of a Cruiser 70, no matter the version. Here's a truck that's tough as nails, straightforward, largely free of electronic "nannies" and even has a snorkel as standard. The one 4wdNewz drove had the optional factory-fitted front and rear diff-lock package, an absolute steal at $2500 when you consider the price of aftermarket lockers. These are electrically activated, so there are no air lines to leak or compressor to malfunction. Anyone buying a 70 for more than casual off roading would be mad not to specify the lockers. The trouble with the vehicle's suspension is that it's not particularly supple, the wheel travel unremarkable. So it's quite easy to become cross axled, leaving the big ute helpless on some silly little bump. The lockers largely make up for this.

Despite its size, the 70 is at home on most typical kiwi tracks. Thanks to lighter power steering, it's much less of a handful than the reasonably similar sized Land Rover Defender 110. It also needs a lot less gear changing than the Land Rover due to the torque from the V8 and the more suitable gear ratios in its five-speed manual box. Like Land Rover with the Defender, Toyota resolutely refuses to fit an automatic to the 70. 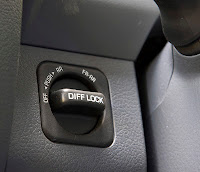 One of the best things to happen to the 70 Series, which has been in production in one form or another since November 1984, was the fitting of the 4461cc turbocharged V8 diesel. It's a single-turbo version of the Land Cruiser 200's unit. When first fitted, there was no Japanese ute able to touch the 70's engine in terms of flexibility and torque. But times have changed and its 151kW and 430Nm of torque at 1200rpm are no longer king of the hill. Nissan’s top Navara has a V6 with 170kW and 550Nm at 1750rpm. Ford’s new five cylinder 3.2 litre produces 147kW and 470Nm from 1500rpm. Others, such as Holden's Colorado are right in there, too. Nevertheless, the V8 is still an off-road gem; it just works away at a bit above idle, lazily dealing with whatever punches the track throws its way.

Here are some earlier postings (click to read):
• Land Cruiser 70 double cab added to range
• More on the double cab
• General article on the 70 series 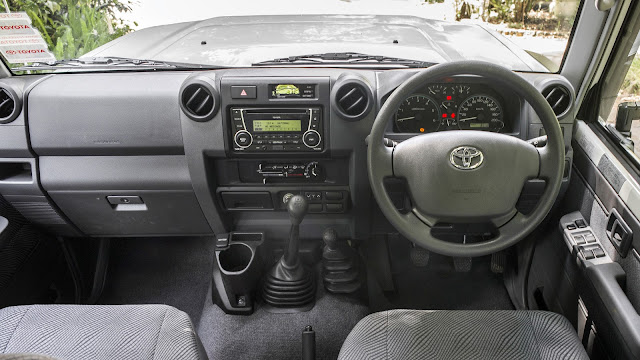 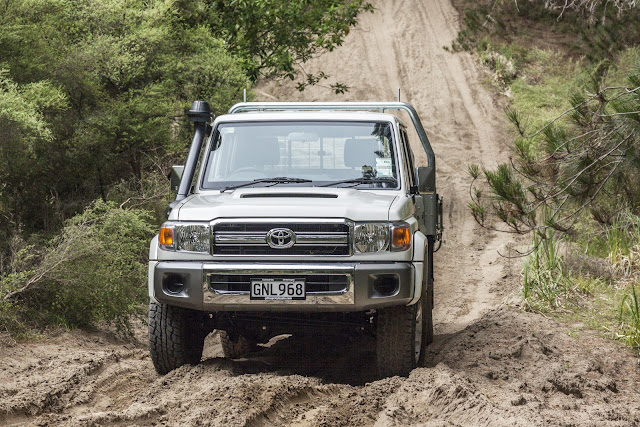