Life after the low box

Volkswagen couldn't have chosen a better, or worse depending on your point of view, to introduce its new eight-speed auto Amarok double cab ute. After days of heavy rain, the farm south of Auckland was really heavy and its creek the highest 4wdNewz has ever seen it. Nevertheless, and as we've now come to expect, modern electronics saved the day and did a creditable job of traction-controlling the trucks around on their street tyres.

But this was more than just another new ute. The eight speed Amarok has full-time 4WD but now low range. Instead, the first two gears of the ZF automatic are quite low, sort-of mimicking the kid of ratios you get from a conventional box in low range. Based on some steep downhills (with traction) on the farm, low first appears to be similar to that of a typical automatic 4WD with transfer case. That, of course, is not very good compared to a manual. Standard hill descent control (HDC) should bring the ute down the hills slowly and under full control in any gear but was malfunctioning on the ute 4wdNewz drove, and on one other.

There's every possibility that the no low-box off roader with "crawler" ratios will become popular in the quest for lighter vehicle weight and better fuel economy and the Amarok suggests that it might be quite viable, coupled with today's electronics. It's also a no-fuss way to drive off-road, particularly on routes that require frequent swapping between high and low range.  On the other hand, it'll take a lot of refining before it'll be a satisfactory low-box replacement for the kind of off-roading many 4wdNewz readers enjoy. 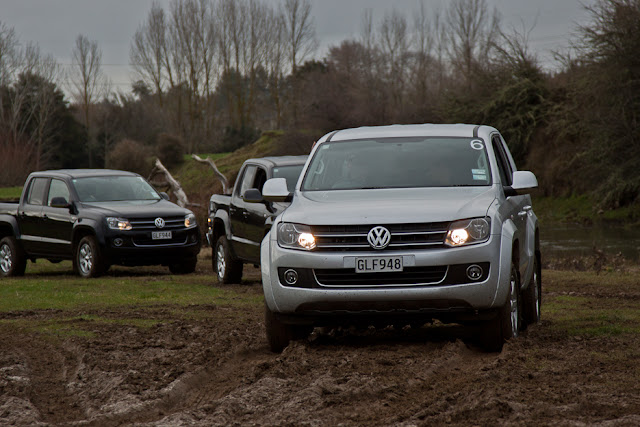 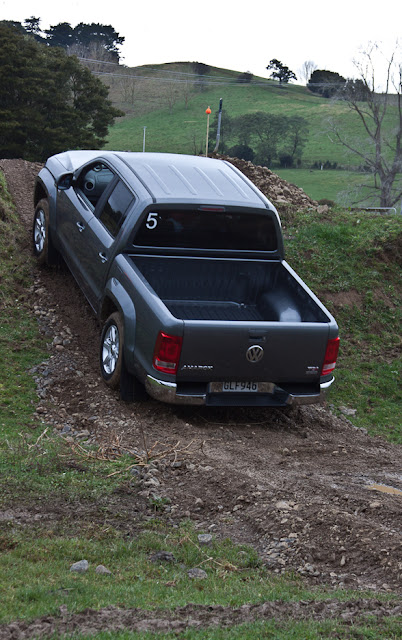