Mitsubishi drums up interest in Triton with ChargerX 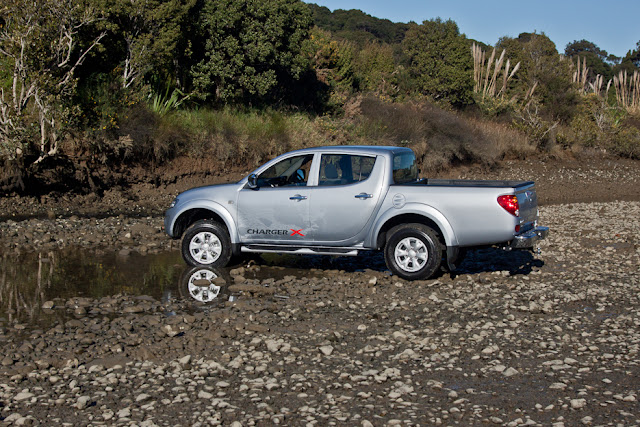 Mitsubishi has added the ChargerX, a tarted-up Triton ute at an appealing $41,388. A regular GLX on which it's based costs $51,990. ChargerX is a vehicle that’ll look good on their stand at Mystery Creek, and later inject showroom interest in the one-tonner. The interesting thing is that many of the extras are things buyers might actually want and find useful, rather than fitted out with bling, such as chrome-plated load-tray faux rollbars. I've had a drive, but what's there to say? The changes make no difference to the Triton's off- and on-road abilities, which are both good.
at 12:42 PM