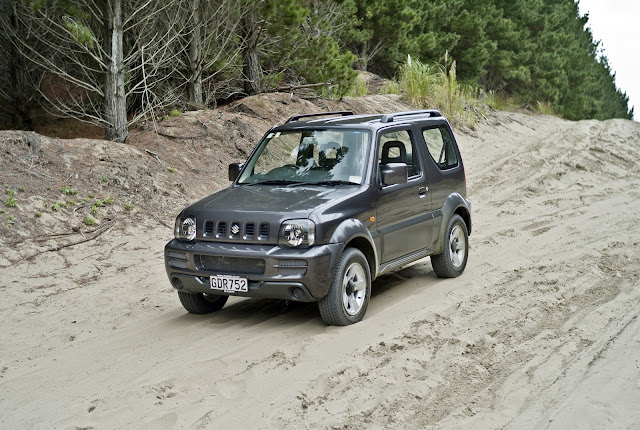 Back in early March I wrote about why I didn't think the Suzuki Jimny was much of an off-roader, despite its good reputation. By coincidence I've been able to spend a week with a 2012 Jimny Sierra, the top model that costs $22,990, making it the cheapest, smallest and least powerful proper 4WD on the New Zealand market; 'proper' being one with low-range gearing and, in the Jimny's case, coil-sprung beam axle suspension front and rear. It immediately became clear that I have to revise one earlier criticism. The five-speed manual gearbox and clutch are much better than the one I drove some years ago and are just fine for off-roading.

However, the week also served to remind me of another reason I don't care for the Jimny off-road. Part of my drive was up Muriwai Beach, then over some extremely loose sand and onto Wilson Road, a delightful 4WD track familiar to locals and off-road enthusiasts. I'd been up there in my Wrangler Rubicon less than a week before and had no trouble at all with the loose sand, but kept bogging the Jimny until I remembered how you drive this thing in loose stuff: low first and pedal to the metal. Engine howling, the Jimny scrambled up and over. I had to repeat the "full noise" technique several more times on the track and quickly got sick of it. I really do believe the off-road adage, "as slow as possible, as fast as necessary" and so screaming through obstacles just didn't seem like good driving to me, despite having a certain entertainment value.

I took along self-recovery gear, including a ground anchor and Tirfor hand winch, to get out of any likely embarrassing situation. With that all stowed, there was no room left. I don't know how two people go on a long camping trip in a Jimny, but I hear that they do.

The concept of the Jimny is great and I'd really like to be able to like it a lot more. I'm thinking that if you want a small off-roader, it'd be better to find the best three-door Vitara/Escudo you can and do it up, despite it having an independent front suspension that forever seems to need aligning.

• This report coincides with the 15th anniversary of the Jimny, first introduced at the Tokyo Motor Show in 1997. 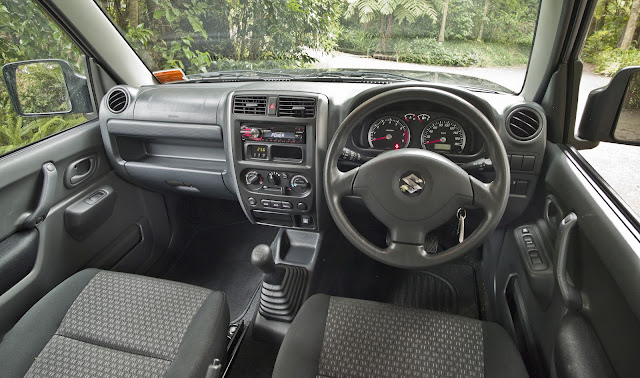