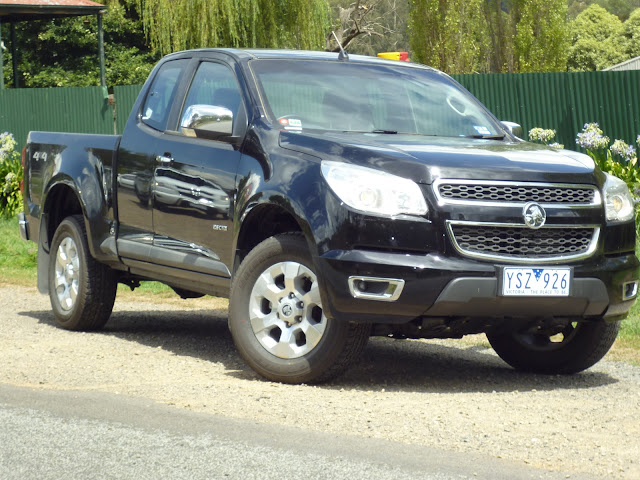 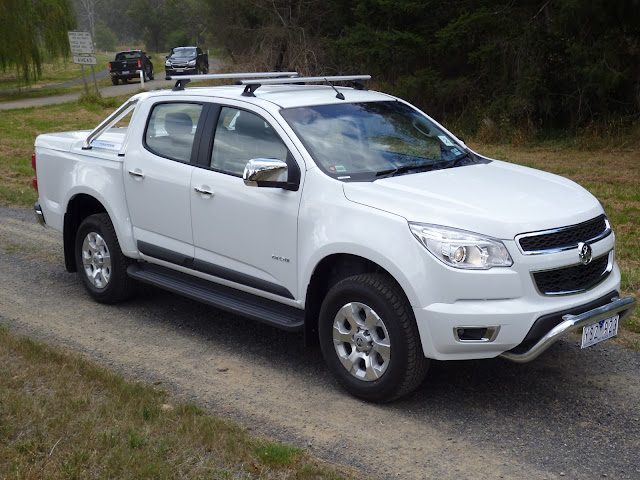 Photos released today by Holden of the next Colorado prompt 4wdNewz to again wonder what they were on when they did the exterior styling? Still, if you're going for "odd" might as well do a Hilux with mumps rather than something from Fairyland, like Mazda's BT-50. Not to worry though; under its skin the Colorado has some good stuff, including two new diesels and braked towing of 3500kg from the bigger of the two engines chosen for the New Zealand lineup. The ute will be here in June.
It's good to see that Holden hasn't gone made in the torque race, making do with a quite adequate 350Nm from the 2.5 litre 110kW diesel and 470Nm from the 2.8 132kW unit that most people will want. That output drops to 440Nm on five-speed manual models.
Like its newer rivals, Colorado has lots of safety stuff, including driver and front passenger airbags, side curtain airbags, ABS with Electronic Brake Force Distribution and Electronic Stability Control. "Lifestyle and comfort" features include Bluetooth, aircon, power windows, auxiliary plug and USB port, two auxiliary power outlets and an iPod compatible audio system.
Presumably traction control will also be part of the Colorado package, but Holden's initial dripfeed of information makes no mention of it.
Here's our first look at the truck.
at 10:12 PM