Drive this one through a Tui bllboard 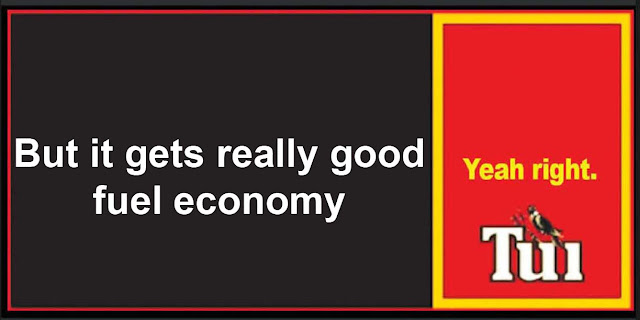 It may not happen, and if it does you can bet it'll be LHD only, but 4WDNewz is not beyond spreading and fostering interesting speculation. This item is from the Aussie Jeep Offroad forum:

American Expedition Vehicles, a Jeep aftermarket conversion firm from Montana, recently stuffed a Chrysler 392 Hemi between the fenders of a Wrangler for Jeep CEO Michael Manley. This is the same 392 Hemi that powers the 470-horsepower Dodge Challenger SRT8 392.

According to sources close to Chrysler, the 392-powered Jeep wasn't just built on a lark. Manley's Wrangler is apparently a mule for "executive evaluation." That's Chrysler speak for "they might build it." Manley's vehicle channels its 470 hp through a six-speed manual and will reportedly slide its back end in third gear with liberal application of the throttle. All we can say is this: Build it. Right now. 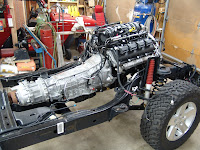 NOTE: It's possible to buy a conversion kit to fit a Hemi into the JK Wrangler, but it's more than $8000 for the 6.1 litre version – then you have to buy the engine and factor-in the cost of doing it.
at 2:10 PM