Wanking up the Wrangler 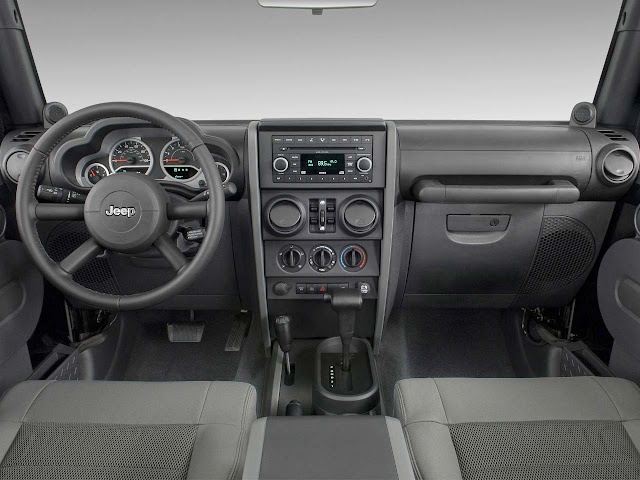 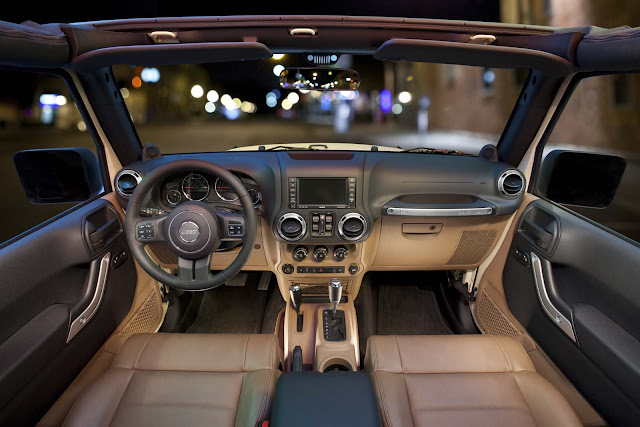 What a difference a year makes. Take a look at the top photo, the dash of the just-out 2011 Jeep Wrangler, and compare it to the second photo of the 2010 model. What do you see? I see in the top photo an attempt to direct the Wrangler further from its off-road core. I see it as a wanked-up, suburbanised dash designed to appeal to people who will never take the vehicle's tyres off the tarmac. The 2010 (the same dash design that has been used since 07) is functional and tells me I'm in an
off-roader. It's one of the best dashboards of any "proper" current production 4WD, especially after Land Rover ballsed-up the Defender in 2007. 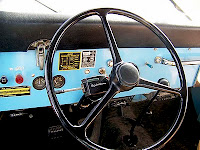 I guess it's an evolutionary thing and while I really don't like the new design 4wdnewz is not arguing that Jeep should (quite) go back to the CJ-5, an early 1970s example of which is at left.

Everything you ever needed to know about the JK Wrangler and how to modify it is right here at this excellent US site, including information that's worth having if you ever have to fight Chrysler on a warranty issue.
at 11:18 AM