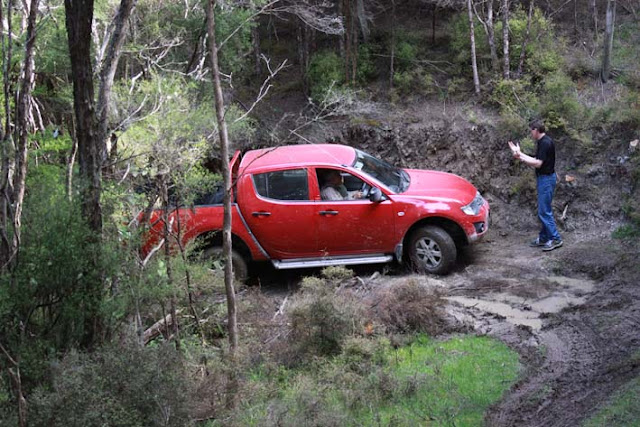 Despite its grunt, strong chassis and so on, the Triton's braked towing capacity was something Mitsubishi would perhaps rather not talk about, so we won't.* But now, the company can hold its head high, with a new 3000kg rating, which is about as good as it gets in Uteland, unless you have a Land Rover Defender rated at 500g more. A strengthened chassis on the latest version helped win the new rating.
Meanwhile, the mid-range 4WD GLX double cab gets the GLS Sport suspension package and a wider alloy wheel set with 245/70 R16 tyres, so it's "yee-ha" all round as the diamond brand polishes its workhorse.