Mister Blobby and other Toyotas 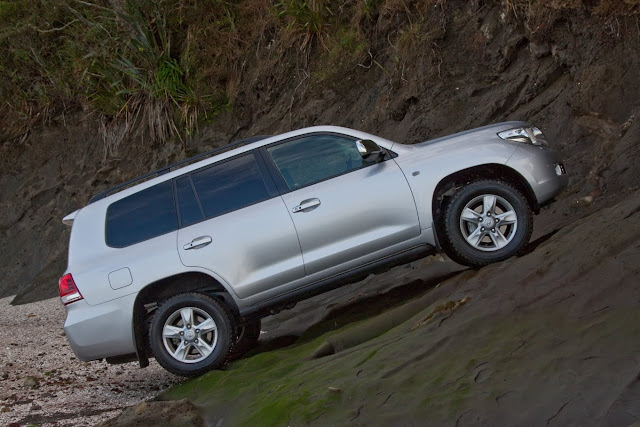 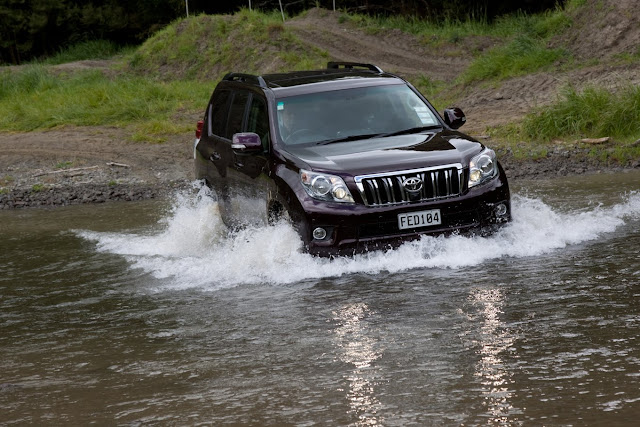 I know everyone loves the Toyota Prado, sales figures and enough glowing press reports to light a small town tell me that. But I’m sorry to say I cannot warm to the current version of this immensely popular mid-sizer (photo above). I did like the first version that came to New Zealand as a 4Runner replacement and even quite liked its successor. But now the Prado has grown big and podgy and makes no sense at all. Its body design needs a complete re-think, it needs to be lighter or be given a more powerful engine. It has grown to be over-specced and too expensive, the top version now costing $105,000.

And typical for the car industry, all the good off-road gear is only available on the top models, not the base one that you might think people would choose for using off-road.

I’ve also been driving the latest Land Cruiser 200 (top photo), which you might think I’d like even less, but it remains on my favourites list. For one thing, it makes a superb long distance cruiser – probably the last thing designers envisaged when they devised the original almost 60 years ago. Owners of performance oriented GT-type cars may scoff, but let me put the case. Its overall size and footprint on the road lets it eat the miles while conveying whole families, their pets and assorted junk in superb leather-clad comfort; the twin-turbo 4.5 litre V8 diesel calls on its well of torque that’s 650Nm deep to do safe quick-draw highway-speed overtaking runs; outward vision is superb courtesy of the high seating position and excellent outside mirrors. Even fuel consumption is quite impressive. I took it from Auckland to the most recent Fieldays and back at 12.8 litres per 100km, although the economy falls apart in town when it quickly climbs into the 15-16 litres per 100km range. Toyota’s Tui billboard lab-test figures reckon it’ll do 10.3 litres per 100km, overall.
People tend to go on about the Land Cruiser’s size, but at 4950mm long and 1970mm wide, it’s only 56mm longer and 71mm wider than a VE Commodore.
Off-road the Land Cruiser’s prowess is undoubted, assisted these days by various electronic aids, but you need to choose where it’s taken off the road, because it’s simply too big for many of our typical tracks and trails. So panel damage to your $135,000 pride and joy is almost inevitable.
In a Politically Correct world, the Cruiser 200 would not exist; all four-wheel-drivers would be running around in Suzuki Jimnys, but in the real world, especially the Third World and in war zones, the 200 and its rival Nissan Patrol are tough, dependable workhorses. Their level of specification is often quite unlike the tarted-up one we get here. I wish Toyota would give us a basic 200 in New Zealand but they respond with a reply that includes the words "hell", "freeze" and "over". They reckon there just isn't the demand. Pity.
at 5:29 PM