Next Hilux breaks cover, but Toyota's keeping a lot of information to itself 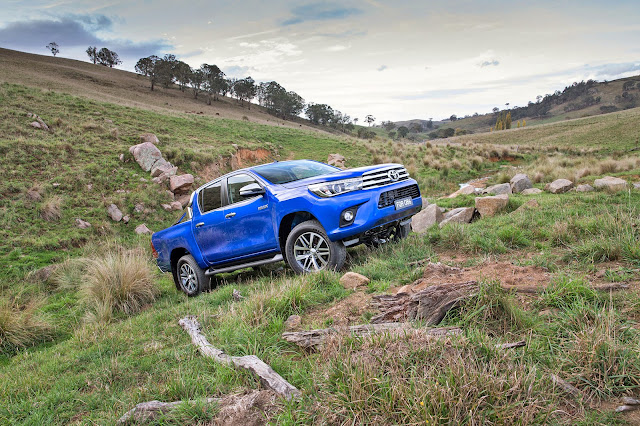 Usually secretive about new models, Toyota New Zealand has released some information on the new Hilux, now due "at the end of the year," (possibly November) but is keeping a lot of information to itself. For example, there's nothing on whether it will have Ford Ranger-matching electronics such as trailer sway mitigation and descent control. Twenty-one models are planned, nine of them new, including five high-riding 2WDs.

They'll come in four specification grades, fleet oriented S and SR, and "all the fruit" SR5 and SR5 Limited. Fifteen will be powered by a new 2.8 litre diesel engine producing 130kW and 420Nm to 450Nm of torque, depending on the model. This engine is also used on the three 2WD S versions, but detuned to 126kW. Others carry over the four litre V6 petrol. Fuel economy is up to 10 per cent better, depending on the model. There's a choice of power, ECO and normal modes on all models. 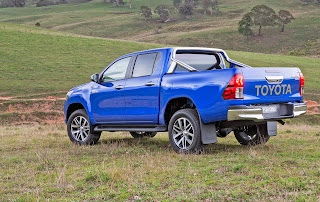 4WDs will have either a six speed automatic or six speed manual. The manual SR5 and SR5 Limited use an "intelligent" manual, designed to avoid shift shock to make changes smoother. It also prevents the engine from stalling in first when the clutch is not engaged. Braked towing is 2500kg to 3500kg, depending on the model. The outgoing model tops out at 2800kg.