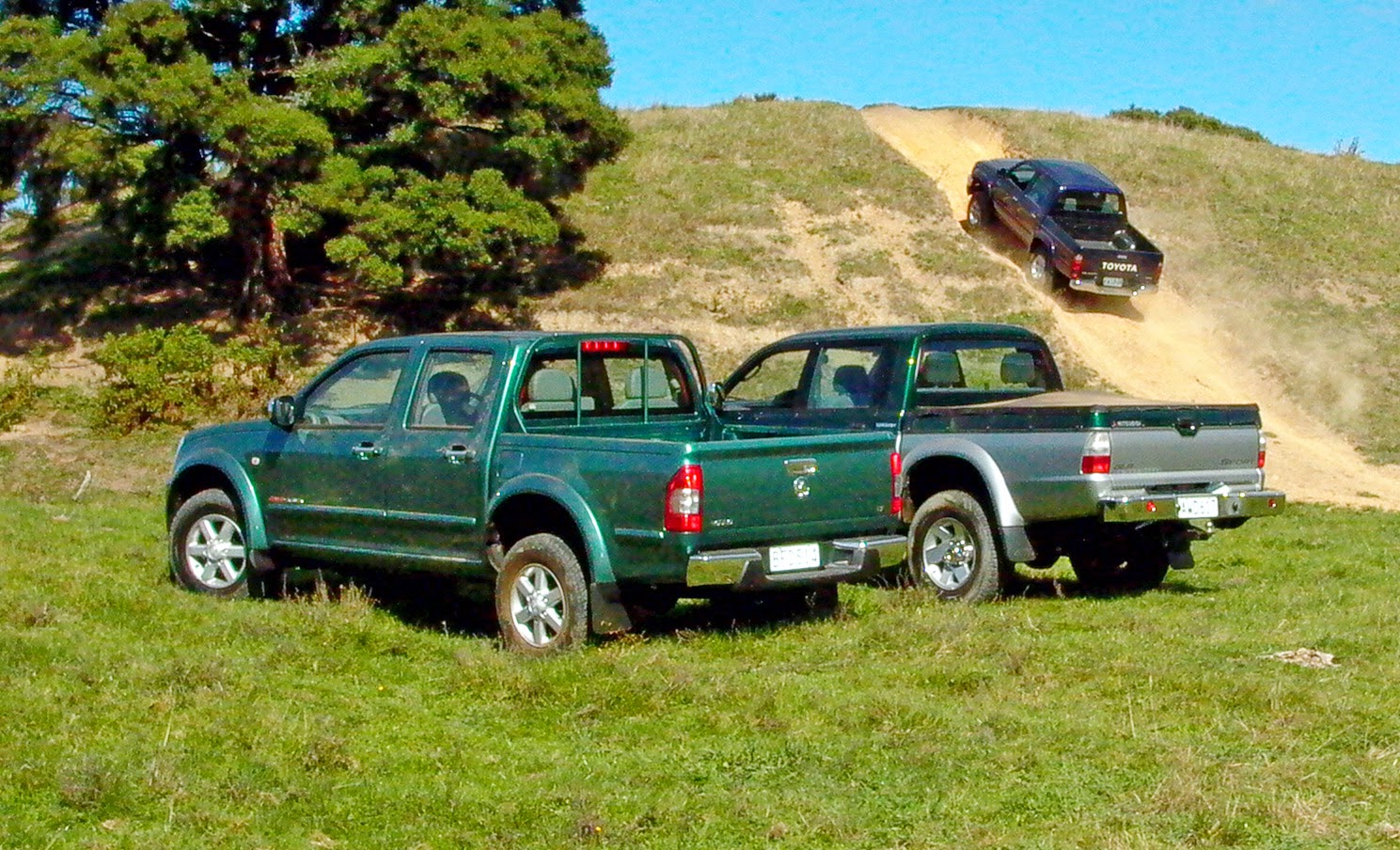 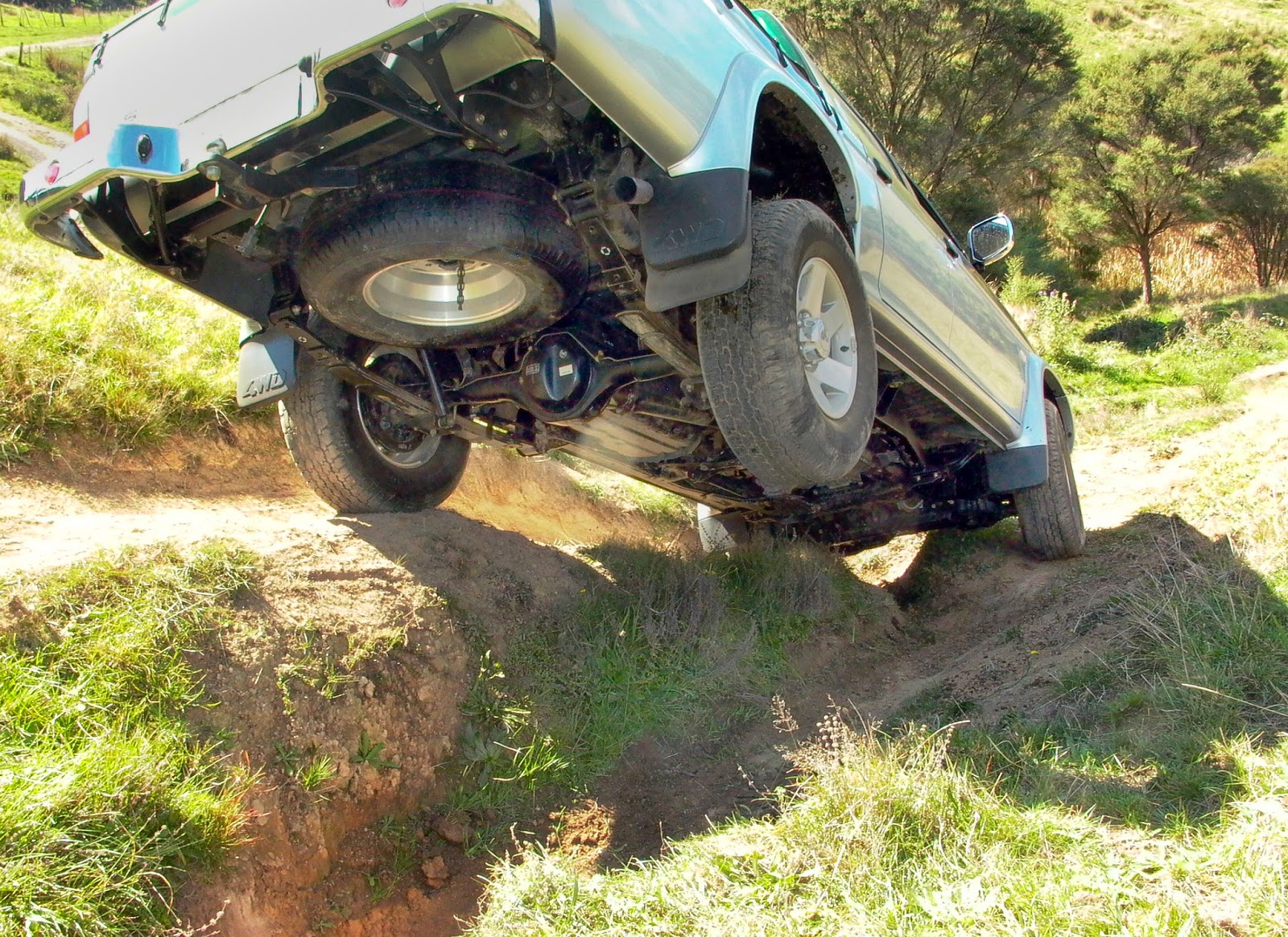 Other than configuration, what do this trio of utes have in common? They were all powered by a V6 petrol engine, a configuration now only offered by Toyota, and it may not remain in the lineup. That's the Toyota storming up the hill, 10 years ago at the old Extreme 4WD Adventure Park, near Auckland.

In the foreground are the Green Rodeo and the two tone Mitsubishi. The second photo shows that they were up to the job of traversing rough terrain with only a limited-slip diff and the driver's skill to keep them moving. None of that electronic traction stuff back then. Toyota was the power champ here, its 3966cc engine putting out 175kW and 376Nm; the Holden's 3494cc engine did 147kW/280Nm, the Mitsi's 2972cc unit, 109kW/234Nm. Ford also had a V6 ute at the time, a 2606cc motor producing 92kW and 206Nm.