Does this make it a Land Ranger? 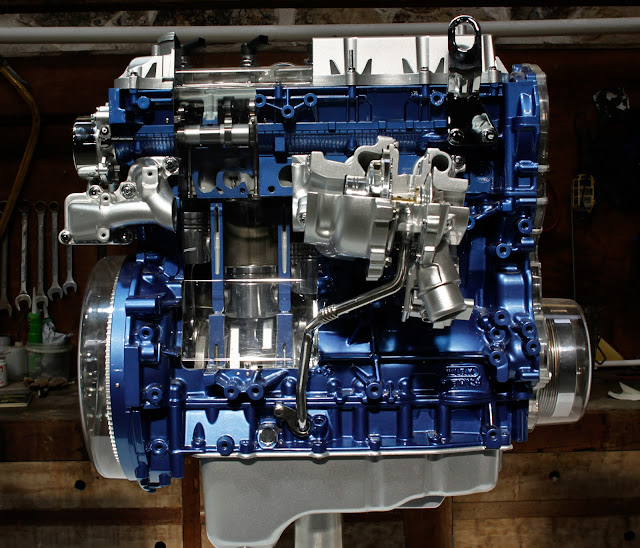 Here's a bit of a surprise, the latest Land Rover Defender engine at the Ford Ranger launch. Well, it's not quite like that. The Defender engine comes from Ford, and it's one of three available in the new Ranger ute. However, we won't be seeing much of the four cylinder turbodiesel in the Ford, as it's available only only a few models to special order. New Zealand's range is based around the more powerful five-cylinder sibling. The cutaway was well done and quite interesting to watch in action, powered by a hidden electric motor.  Here's an earlier posting on the engine.
at 7:47 PM