It's mostly up to the Challenge 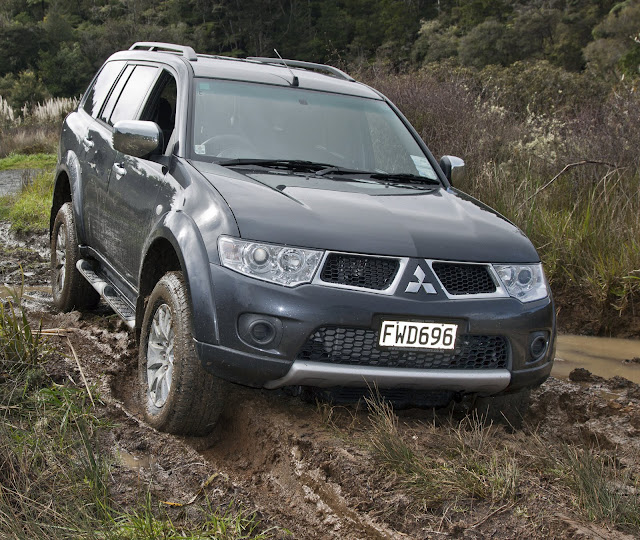 I've spending time with the base GLS version of Mitsubishi's Challenger (above), the wagon that's built around a mixture of Triton and Pajero. The original post on the model is here. At $58,290,* a GLS is the cheapest way to get into a Challenger and represents good buying in today's market, especially compared to the $63,390 Exceed version with its marginally useful third row of seats and the extras that Mitsi thinks suburban SUV buyers want. The fact is, you can live without any of the Exceed's extra equipment and put the $5300 you'll save towards some useful extras.

The Challenger is one of the few modern off-roaders you might actually want to use off the road. First of all, it hasn't cost you $100,000, so a scratch or two might not hurt so much. Second of all, it's a good off-roader even off the showroom floor thanks, in part, to its standard rear-axle diff lock. Third of all, it reminds me of the old 4-Runner/Surf and we all know how good they could be.

Challenger's major detraction is the 2477cc turbodiesel. It's not that the motor lacks power or torque (133kW and 356Nm), it's just rough and noisy, especially before it has warmed up. You don't notice it so much in the Triton, but the Challenger is more refined and it's like a stone caught in your sandal. A more practical drawback is a transfer ration of only 1:9, so things can happen in low first a bit faster than you might like. Clearance at the rear diff is 220mm on its standard 265/65 17-inch Bridgestone Duelers. But still, if you want a new wagon and want to go off-road, Challenger is a tempting package.