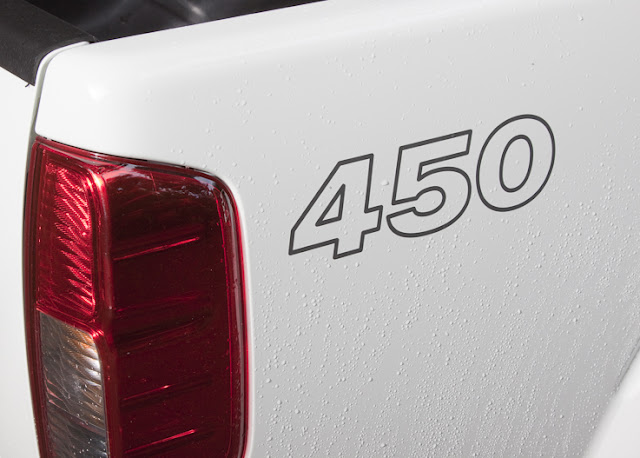 There’s been a torque war going on among Japanese diesel utes and as of the end of September, Nissan’s Navara ST-X has been deposed after a long run as the champ, with 450Nm. The new leader is Ford's Ranger, with 470Nm between 1500rpm and 2750rpm, from its five cylinder turbodiesel. The Mazda BT-50 will almost certainly have the same. And then, it'll swing back to Nissan next year when the 550Nm Navara becomes available. What I'm wondering, though, is how much torque you really need in a one-tonne ute? The last Hilux I drove seemed perfectly adequate, both on- and off-road and even when well loaded. Figures below are for automatic-transmission versions; some of the manuals have a bit more.
Nm
470 Ford Ranger/Mazda BT-50
450 Nissan Navara ST-X
440 Holden Colorado/Isuzu D-Max (2012 models)
407 Mitsubishi Triton
400 VW Amarok (yes, 4wdNewz knows it's not Japanese)
360 SsangYong Actyon (yup, once more 4wdNewz knows it's not Japanese)
343 Toyota Hilux
333 Holden Colorado/Isuzu D-Max (outgoing models)

By the way, if you want to bury your head in the theory of torque, check out the all-knowing Wikipedia.