Beam there, done that

It didn't take long to compile a list of 4WD wagons (but not utes) sold new here that still have beam axles (aka live axles or solid axles) front and rear: six items. It may be that some of the sophisticated all-independent setups can match a good old twin beam arrangement in really rugged terrain, especially with electronic traction control to help force them along, so it might be admitting Luddite leanings to say that I have a preference for solid axles. One key reason for choosing my Jeep Wrangler Rubicon 2-door was because it still has them. The list:

I know die-hards will be tut-tutting along with me at the small choice, and grimly predicting that the writing is on the wall. This may well be; the next Patrol we get is all-independent and the next Defender almost certainly will be. However, the decline has hardly been recent. I went back 15 years and found the New Zealand market was offering only seven all-beam wagons, just one more than today! The list then comprised the Jeep Cherokee, Jeep Grand Cherokee, Land Rover Discovery, the Range Rover, Nissan Patrol, Suzuki Samurai and Toyota Land Cruiser 80. Everything else was fitted with the flavour of the day, independent front suspension with a beam axle at the back, usually on coils but with some holdouts still on leaf springs. 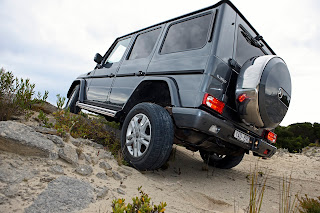 NOTE: This list was updated in March to include the Mercedes G-Class, (right) which is now part of the company's lineup. Great to see the group grow by one!